With this new “Gaming Disorder” diagnosis from the World Health Organization, I thought it was time to roll up my sleeves and get my hands dirty talking about the topic since no one seemed to be trying. Join me this week on Games Geek Tech where I offer a new perspective on video game addition using positive psychology and game design.

Tune in and listen to my 3-min break down starting around the 90-minute mark:

Stay tuned for the FULL interview which will be aired here and on Games Geek Tech YouTube channel, by Thursday, July 19th.

Be sure to be a part of the intellectual conversation on video game addition on my Qutee.

So I wrote a blurb about the partnership of Affectiva and iMotions it’s effect on gaming in the future. Here’s an excerpt from the article:

The partnership with Affectiva and iMotes announce the newest facial coding and emotion analytic software on the iMotions Biometric Research Platform: Affectiva’s Affdex. Combining eye tracking, brainwave measurements (EEG), and physiological sensors (GSR, ECG, EMG) with traditional surveys and questionnaires enables researchers to assess the impact of new digital and learning experiences like gaming, media, and entertainment. The concept will help understand how digital age technology affects humans during interaction, cognitively, and ultimately user behavior. Using this tools, better evaluation of audience engagements via TV and movies can help researchers understand more of the behavioral science and well-being of the audience.

Reading an article on Forbes about the connection between one’s financial health being a a good indicator of their mental health really got me thinking. According to research that examined 65 studies on debt and mental health, researches concluded having a mental health problem is three times higher among people with debt. Mental health issues contrive of depression, anxiety disorders, psychotic disorders among other mental illness experienced with debt. In addition, suicide is linked with debt as people are eight times more likely to commit suicide if in debt. People in debt are more likely to have drinking and drug related problems.

It is unsure whether the stress of debt causes mental illness or mental illness causes stress. It could also be said they might become integrated and fuel each other. The point of the article, however, was to articulate that debt in itself is solvable. Money management and debt consolidation are practices that can help alleviate some of the mental burden. This can also help pinpoint if the mental health problem is the root cause or if the debt itself is the issue.

If there is anything I would of love to learn from college that I didn’t was money management. Sadly, now most Americans have to learn it the hard way, but what if we created a game that taught financial management? Even better, how about a way to cope with debt? If we can understand what good and bad debt is, how to maintain our debt, and cope with it wouldn’t more Americans recognize the link between debt and psychological distress much more? Games like SuperBetter help players achieve their health goals whether it’s physical or mental. By combining knowledge and stress management, we could see people understand their debt in a entertaining and informative environment that is stress-free and resourceful.

Ok so, technically I am a ‘grown up’ but then again I am not. I’m not there yet. Let’s face it, ‘growing up’ is becoming more and more a spurious idea that attempting to fulfill is a like finding Fenn Foster’s missing treasure chest. However, we do come to points in our lives when we think about being asked as a child “What do you wanna be when you grow up?” and then thinking of our current situation and see that they don’t sync. We wanted to be ballerina, veterinarians, circus clowns and we turned into accountants, hedge fund investors, and lawyers. There isn’t anything wrong with changing your paths, but the moment you turn back and contemplate “What if” is when you shake the foundation of your identity.

My father works a world renown Jewish appetizer store where everyone wore a white coat. I took it one day for my 5th grade career day presentation where this same question was asked of me. When it was my turn, I stood tall with my big bottle coked glasses and oversize white lab coat draping over my body and blustered “When I grow up, I want to be a Mad Scientist!” You’d think the room would roar in laughter, but till this day I never fully understood why the room fell silent. Maybe it was the force behind my small petite voice that articulated such a menacing exclamation. Quickly passing me to the next person, I remember still proudly tripping about as if I had prophesied a miracle, but would it truly come to pass? Would I turn evil and run amok like the greatest villains in comic books and anime culture?

As I grew up, I became aware that “madness” is subjective. One person’s insane is another sane. Playing video games so much as a kid was ‘crazy.’ Now, if you playing video games for a living your ‘cool’ making millions a year. If your into computers and technology, your ‘hip’ and successful. Dorks in the 90s are CEOs in the new digital age. Kids bullied are now hiring the bullies to do their dirty work. ‘Madness’ is at it’s climax right now.

So what is my madness? I’ll tell you. It’s the idea the video games can change the world. When we play video games, we gain reinforcement, recognition, entitlement, socialization, accomplishments, love, happiness, and more by the Eustress we put in. Eu- is the Greek word meaning either “well” or “good” so when we attached the word stress it literally means “good stress”. This is the self-fulfillment we lack in our daily lives. To say gamers ‘escape’ from reality to virtual reality isn’t far from the truth. However, what if we take components of the virtual and made life more meaningful? What if we had meetings at work with the same positive reinforcement mechanism? What if schools change their curriculum from test taking to simulation assessments?

The problem with this idea already is you think I’m ‘mad’ or out of my mind for thinking to put video games in anything else besides entertainment. In which I retort, “No I think your mad for not thinking beyond the limitations it offers.” We simply look at video games as entertainment but it’s not. Just like books are windows into new worlds, music tap into emotions and experiences, or photos are memories. 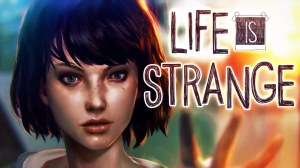 Life is strange. More and more I feel madness becomes that to which we don’t care to understand. What turns out to happen is those that can’t understand something or cope with it’s evolution fall behind. A revolution is coming if it’s not already here. To get a better glimpse at what I mean, take a look at some articles on the combination of video games and psychology.

Intellisystem
How to Mess Up Your Twenties

The Girl in the White Dress

A UK Fashion, Beauty, and Lifestyle Blog, for those who enjoy reading stories...

A blog full of tips, inspiration and freebies!